This month we welcome Austin SCBWI member S.F. Henson to our interview series. 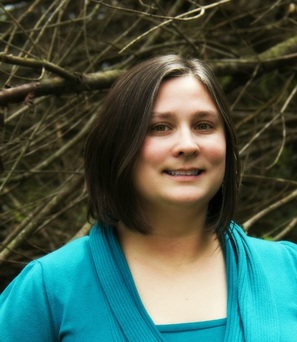 Sarah is the author of critically acclaimed Devils Within, “a 2018 William C. Morris Award finalist, Alabama Library Association 2019 Young Adult Award winner, Kirkus Best Book of 2017, and YALSA 2018 Best Fiction for Young Adults.” How does a small-town southern girl with a degree in animal science escape her day job as an attorney to write about some very complex and difficult topics? Read on! And if you want more, check out Sarah’s website http://www.sfhenson.com/ for insight on her book and even listen to her writing playlists.

Where did you grow up, and how did that place (or those places) shape your work? Until last December, I lived my entire life in Alabama. So far, the small town, rural vibe of my hometown has been a vital part of my writing. I think I write for the girl I was. The one surrounded by people who lived their entire lives in one dwindling town. The one who is desperate for new perspectives and experiences, but who is also inextricably tied to the place she came from. I find small town culture infiltrating my writing even when I try to set stories elsewhere. No matter how much I enjoy living in the city now, my heart still belongs in the woods.

Did you always want to be a writer, or did that come later? I can’t remember a time when I didn’t want to write. I wrote my first story at four-years-old and never looked back. I remember sitting in the park with my grandmother, making up stories about the lives of the people we saw, something I still do to this day. My dreams for my day job have changed over the years (unfortunately, I am not the veterinarian/lion tamer/astronaut/ballerina that I wanted to be as a kid), but I have always had my stories.

If someone were to follow you around for 24 hours, what would they see? I’m lucky to be able to work from home, so whoever followed me would be pretty bored! My mornings are spent at the dog park with my golden retriever mix, Francie (from Francie Nolan in A Tree Grows in Brooklyn). Afternoons are a mix of writing at coffee shops and my day job as a contracts consultant for literary agencies, authors, and small publishers. Evenings are spent playing games or watching The Great British Bakeoff with my husband. Most days are quiet and calm and filled with words of one sort or another, but it’s just right for me.

How does your everyday life feed your work? One of my favorite pass times is people watching. Whether it’s at the dog park or coffee shop or on a walk down South Congress, I’m constantly observing people’s own personal style, how they interact with each other, how they move and talk. Pieces of people that weave themselves into characters or snippets of songs floating out of car windows that spark scene ideas. I don’t consider myself a workaholic, but everything I do informs my writing in small ways.

Tell us about some accomplishments that make you proud. I’m mostly proud just to have published a book! My dream for so long was to see my book on shelves in a brick and mortar store. To have not only done that, but to have received acclaim and awards for my writing is beyond my wildest hopes. I’m most proud of the affect my writing has had on readers, though. Knowing that my characters have caused people to change the words they use and the way they look at others who aren’t like them, and the compassion readers have told me they’ve gained because of my words, that’s worth more to me than all of the awards in the world.

What surprises you about the creative life? I vastly underestimated how much of my daily life would intertwine with my creative one. There isn’t a switch that I can turn off and suddenly not be creative. Everything I see, hear, touch, taste, and smell files itself away to be referenced later in some capacity. That may sound exhausting, but the most surprising thing is that, for me, it isn’t. It’s invigorating. I’m an introvert through and through, so my creativity is the way I express those experiences to others, and I’m so grateful to have that outlet.

When a reader discovers your work, what do you hope they find? I want readers to find a connection point, but also a challenge. I like writing characters that seem familiar, but also make someone think about the world slightly differently than before. That’s one reason I write YA. Teenagers are just discovering their wider world, where they fit, and how they can impact it. I like tackling tough topics, like racism, poverty, and mental illness, issues that society tends to tiptoe around. My hope is that my books shine a light on these issues that readers are then unable to turn off, that illuminates other corners of their lives, and that helps them bring these topics into the open.

Would you rather be able to go back in time or have the power to stop time whenever you felt like it? I would stop time. Then I’d never have to worry about Austin traffic, or all the scooter riders zipping in and out of intersections!

What are your top two ways to keep our teens from becoming too jaded in today’s world? 1. Write with hope. By that, I mean not letting myself get too jaded either. Or, at least not letting my cynicism worm its way into my writing. 2. Letting them be creative. Whether in the arts or science or athletics, etc, I think letting teenagers try new ideas, without shooting them down as impractical or “dumb,” allows them to keep an open mind and see the world in new ways, even as they grow older.

Would you rather sing in the mountains or dance on the beach? Give me mountains, singing and twirling in a pretty dress like Maria von Trapp, over sand and sunburns any day.